Posted on 18 May in Connexi Insight

Tonight, Rangers and Eintracht Frankfurt face off in the UEFA Europa League Final, being held in Seville. The first of the European finals set.

Rangers are back at the helm of European football and look to cap off their return to the top with a European trophy. A journey which saw them in the bottom tier of Scottish football just 9 years ago.

Frankfurt come into the final in good form, having been unbeaten in the tournament and defeating West Ham and Barcelona in the previous rounds. This will be Eintracht’s third European final. 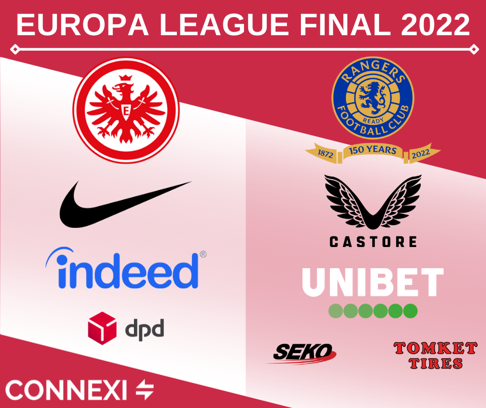